A house of prayer for all peoples

Jew and Gentile, captive and free, male and female.
One Common Root, One New Family of God

Have we not all one Father? Has not one God created us? Why then are we faithless to one another, profaning the covenant of our fathers? (Malachi 2:10)

By this all people will know that you are my disciples, if you have love for one another. (John 13:35)

We are a group of Jews and Christians who realize our common root of faith and who are committed to study and worship together with respect and honor. For those raised Christian, for those raised Jewish, for those in mixed marriages or families, and for those with no religious upbringing or faith at all: Together we embark upon a serious, authentic and intentional return to the Jewish roots of faith, respecting all who love God in expressions different than ours, but ourselves working to reclaim and restore those benefits of the faith lost to ignorance, suppression, hatred, persecution and anti-Semitism.

Why are we doing this? Because we realized the profound implications of these historical facts:

The early followers of Jesus were Jews. They attended local synagogues, the Temple in Jerusalem, and celebrated the several annual biblical feasts (such as Passover, Shavuot, Yom Kippur, and so on) as well as lived by the “Law of Moses” contained in the Torah, the first five books of the Bible. 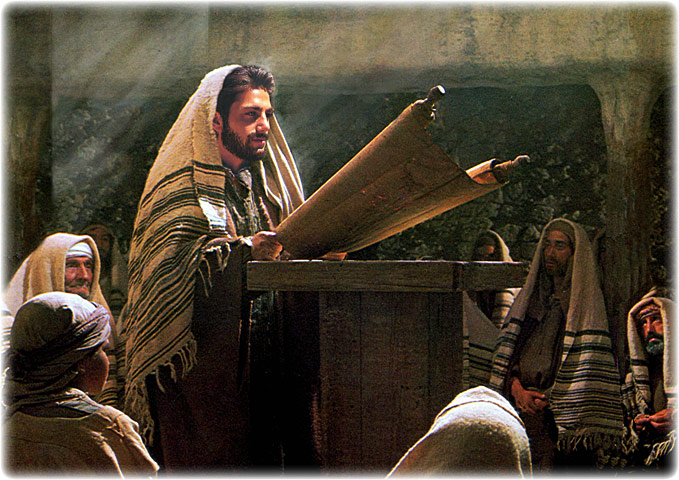 Jesus was a rabbi and his disciples were typical of followers of rabbis in his day. Jesus taught many of the classic insights of the Judaism of his day, but was also a vocal critic of hypocrisy—of those who said one thing and did another. This was appreciated by some and it upset others. He also interpreted the Law in ways both classic and exceptional, and his teaching and many reported miracles caused his fame to spread among the people of Israel, and then throughout all of the Mediterranean countries and beyond.

Because of this, a controversy arose in the early Church, as more and more Gentiles became followers of Jesus: Could the Gentiles simply be accepted into the early and growing churches, or must they become fully converted to Judaism before they could be considered full members?

Many Jews believed the latter. After all, Jesus was a Jewish rabbi. There were Gentiles of the day who became Jews—called proselytes—but the process was lengthy, serious and hard work. It required Torah study, observing the Law, dietary restrictions, circumcision and a mikvah, a ritual bath. Shouldn’t a true follower of a Jewish rabbi be required to be a Jew?

On the other hand, many in the church saw evidence of the work of the Holy Spirit in the lives of Gentiles who became believers in Jesus—they became devoted lovers of the God of Israel—so how could they be denied membership?

The issue was brought before the most senior leaders of the Church (Peter, Paul, and other disciples) at the Council of Jerusalem (recorded in Acts 15), led by James, the brother of Jesus. They concluded that Gentiles did not need to convert to Judaism. They would be accepted fully—as Gentiles—without first becoming Jews.

In other words, when the Church’s leadership was still Jewish, it welcomed the Gentiles wholeheartedly, just as they were.

The Gentiles Come to Power

Later, as the Church continued to grow around the Mediterranean, its leadership developed outside of Israel in the Gentile regions. After the first apostles died, the center of power in the Church moved west out of Israel to Turkey, Greece, Italy, North Africa, Spain, Europe and beyond, and the leaders now were all Gentile. This caused a significant problem: An anti-Semitism that had begun among the Greeks now spread throughout the churches. (You can read more about that here: Persecution of the Jews.)

These Gentile leaders reversed the grace and insight of the Council of Jerusalem. Whereas the Jews had said to the Gentiles, “You are welcome to join us just as you are,” the Gentile leaders now said to the Jews, “You are not welcome among us unless you become like a Gentile.” They were told they must repudiate their Jewishness, cease to attend synagogue and celebrate the biblical feasts, and cut off all contact with all Jews who were not members of the church, including their own families.

Some of the Jewish synagogues, not surprisingly, eventually adopted a similar ban: If you became a Christian, you ceased to be regarded as a Jew and were cut off. Both faiths, over the centuries, have hardened on this shared definition: Christians are Gentiles. Jews are Jews. To become a Christian is to cease to be a Jew. To become a Jew is to cease to be a Christian. It was a flawed, miserable and bitter parting.  At New Jerusalem House of Prayer, we will neither condone nor allow this for ourselves.

Although much charitable and caring work was done by many devout, righteous and loving Christians over the centuries, and the Gentile “Fathers” in many ways encouraged and built up the churches, from the very first century many of them also proclaimed a hatred and bitter distrust of anything Jewish. Thus the faith, which had begun with a Jewish rabbi and his Jewish followers, was co-opted and refashioned by Gentiles under a Western/Greek theological model and (under the emperor Constantine) a Roman Empire organizational model. The faith was refashioned into something decidedly non-Jewish, something in fact anti-Jewish. This has persisted and even grown worse over the course of the centuries, leading to many persecutions of Jews, forced conversion and baptism on pain of death, and ultimately to the Shoah, or Holocaust. It is an ugly history that must not be forgotten. (Again, you can learn about that here: Persecution of the Jews.)

For Jews who have suffered at the hands of Christians over the course of nearly 20 centuries, to “convert” and become a Christian is to join the ranks of the persecutors, and to repudiate the faith, family and tradition that sustained your ancestors. Why would any Jew ever choose to make such a choice? And why would your family and relatives ever respect such a decision? You have rejected them! And so they reject you—just as the early churches rejected Jewish members, and the synagogues later rejected followers of Jesus. It was and is a mutual hardening of the heart.

We Choose a Different Way

We desire to be free of this error, and we repudiate the hatred of Jews, both those followers of Jesus, and those who are not his followers.

We also wish to reclaim that which was lost: Many of the understandings of the early churches, and much of what is written in the New Testament has a profoundly Jewish context and meaning almost unknown to the average Christian and Jew of our day. There have been layers of tradition, theology and creed laid upon this foundation, and it badly obscures what was begun. This is unknown to most Christians and Jews today, and that in itself illustrates how far removed we are from the realities of those times and context. This loss is staggering, once those understandings begin to be realized. We will work to reverse this loss with prayer, good scholarship and a solid faith.

We do not intend to become a cult, a fad, nor a thoughtless blending of Judaism and Christianity, but instead simply to work for the honest and intentional recovery of the earliest and freshest expression of faith in God that was shared among the immediate followers of Jesus, who was Himself an observant Jew.

This journey will be formed, detailed and enriched by all of us as it unfolds, including those who choose to join us on the journey. You are invited to be a part of it.

Our vision is simply to journey together in this quest, intentionally loving, wrestling with and respecting each other, and doing our best with what we have—to rediscover our common root.

The Challenge We Accept

Finally, the challenge is this: to learn to love and not to hate, to build up and not destroy, to encourage and not demean, to respect and not condescend, to include and not marginalize, to create and not destroy. This is the progress that endures, for it is the strengthening of the human heart.

We will see where God takes us, confident that He honors our intention, and that He will lead us finally to Himself.

Rabbi Hillel said, “That which is hateful to you, do not do to another. That is the whole of the Law. The rest is commentary.”

Rabbi Yeshua (Jesus) said, “Love God with all of your heart, mind and strength. Love your neighbor as yourself. All the Law and the prophets stand under these two commands.”

With these two insights as our promise to each other, we will journey together to our New Jerusalem.

This is in part due to confusion with two other churches nearby also named Resurrection, one in Wheaton and one in Wayne. But the new name, at the suggestion of our Bishop, Robert Duncan, is more due to the evolving and deepening identity of the congregation: we have strong ties with Israel (where we travel with some regularity), we teach Hebrew to our members and others in the community, and we have been discovering awesome insights into our faith in Jesus as we study his Jewish roots, and the Jewish roots of the Christian faith in the first century. We want to deepen this identity, as well as utterly reject the anti-Semitism that has sadly characterized much of Christianity over the centuries. We repudiate hate. We embrace love and respect. Please join us on the journey.

Isaiah 56 prophecies a New Jerusalem where the Temple is a house of prayer for all peoples, and where God will bring back the Jews and other peoples as well. We choose that hope and that future!

The Anglican Church has had a long and important role in the creation of the State of Israel, and founded Christ Church in the Old City of Jerusalem. It is the oldest Protestant church in the Middle East. To learn more, go here  for an informative video. To learn about the Church's Ministry Among the Jewish People, go here. We are long-time supporters of CMJ and sit on its board of directors. New Jerusalem House of Prayer stands in a remarkable stream of Anglican history and action.